Shop Online For A Wide Selection Of Rooflights 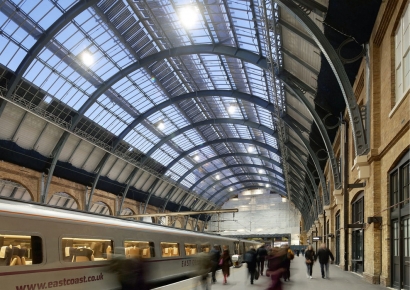 Kings Cross Railway has been one of the largest and most exciting London redevelopments in recent years. In Victorian times Kings Cross was a thriving industrial area but by the end of last century, mostly had fallen into disrepair and dis-used buildings, sidings, warehouses and contaminated land. The move of the Channel Tunnel rail link from Waterloo to St Pancras in 1996 meant the need for change at the 67 acre site. The glass roof consists of two adjacent Victorian steel ‘barrel-vaults’ which now feature our PlasGard patent glazing system. A special glazing bar for use at the ridge was designed with a low external capping so as not to cast shadow onto the photo-voltaic cells to ensure optimal performance. Elsewhere laminated clear glass was used for safety in accordance with overhead glazing guidelines.

Brief:
​Lonsdale were tasked with providing a new low profile glazing bar compatible with the needs of the photovoltaic panels and at the same time meet the requirements of English Heritage 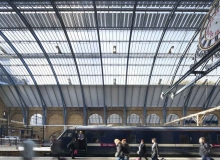 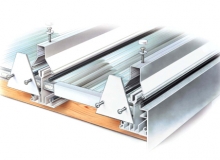